Discuss the Most Important Points 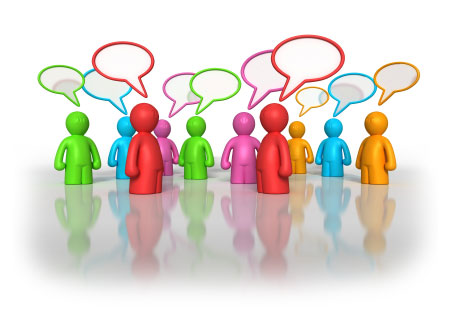 Followup to: A Digression on Alliances

If your political strategy calls for you to convince others* that your cause is just and right, you should be able to present the most compelling arguments for your case. This means you need to be very familiar with your own reasoning, with those values and facts you believe to be the most important for shaping your political choice. This does not mean that the best way of convincing someone is by stating propositions, although I believe it has a positive appeal for 10-90% of the population.

At best you shouldn't discuss the solution, the society you want, but focus on the facts which support it. Because, you will maybe need to shift your position if the one you debate with shows that one or several of your beliefs are mistaken. And that is probably easier when not feeling such an attachment to the ultimate society. But, this is probably impossible because most people will want to know about this society, and how it functions, from you. So, you'll need to learn how to discuss questions about it. That is, you'll need to create a list of F.A.Q. on your own politics.

It should also be necessary to discuss other political choices and why they are not as good as your own, to those you wish to convince. This can be done in two ways: influencing someone's goals or influencing their most important factual beliefs about the world. The first one can possibly by done by thought experiments to show someone what their true preferences are. The second by reasonings on how a particular society will not achieve the objectives sought after. And these lists need to be multiplied by the number of seriously considered alternatives.

For this post I don't have any list at all since they are entirely dependent on what debate one engages in.

* This might not be important at all for several reasons. You might be in a political group with a division of labor where someone else is comparatively better at communication. You might be able to reach your goal already. Your other political actions might speak louder than words.
Upplagd av Carl Jakobsson kl. 18:42