Survey the Most Relevant Literature 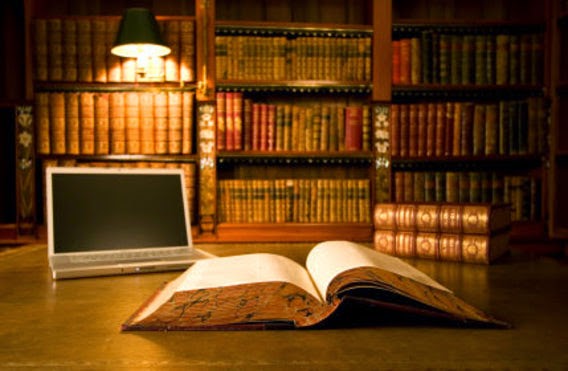 Followup to: The Domain of Politics | What's this?

To create your own political world view you need to understand societies and know what your own goals, desires, and dreams are. How can you best gain that knowledge?

One way is to just think for yourself, construct your own methods of reasoning and models of the world, and test it out. Another option is to also learn from the mistakes, debates, and interpretations of others, and incorporate their models into your own.

The latter should be better because of three reasons. First, all the models in the world regarding politics have probably all been invented and refined (although not perfected). There are also so many facts needed to evaluate different models that you need a scientific division of labor to produce all of it. The same can be said of evaluating the internal consistency of different models.

Therefore, one should both be a self-learner and study the works of others - on how societies and humans function, plus what values are and what values are possible. Actually even when one thinks about what others have written one should always think and evaluate the process in which it has been made. The work of others should be considered as either pure reasoning which are the same as your own creative thoughts (if they are models) or as an empirical observation (whose validity depends on its source). And then, you should turn your evaluative mind on the thoughts and (possible) observations of others, just as you turn it on your own thoughts and (possible) discoveries.

How should one then research the area of politics? But before, what exactly do you study in this area? I believe these fields are needed: (1) Epistemology, (2) Economics, (3) Political Science (esp. political structures), (4) Psychology, (5) Social Psychology and Sociology, (6) (The Enterprise of) Law (7) the study of the social production of knowledge, (8) Ethics (as a part of psychology that deals with suggestions of actions that many, including you, may prefer) and (7) any other field which is of great importance and full of controversies (such as climate science or energy production). I divide these studies later into what your own preferences are, how societies function, how to make political change (a relevant part of the former) and how to discuss politics. There are then four questions which need to be answered - (a) what are your preferences, (b) how does societies function, (c) how do you make political change, and (d) how do you discuss productively with others?

So, then again, how should one research these subjects? I know of two main paths to do this:
Research the academic literature like a scholar - People in the academic community has written about these subjects and as that community is somewhat good at elevating good ideas and (probably much better at) shooting down faulty ones, so what the prime research shows is probably of good value. lukeprog, at LessWrong, has written a good tutorial on how to do this, so just follow that and search for variants of the four research questions above. That is, search for phrases such as:

Research that literature which political participants say are the best - Most of those who are engaged in politics want to spread their views on what the correct answers are to these questions (especially the first two). To make their ideas effective in the real world they want to present clear examples and (seemingly) logical reasoning for their case - and also convincing refutations of others ideas. Thus, surveying the most popular works from each political school of thought and their refutations of all the other schools should give you enough information to answer the four questions above. What then are the most popular works on each ideology? There are some ways to figure that out:
It might be good to use both methods - to first read some political propaganda and then search for refutations of it in the academic literature. The important thing to remember is just to never get stuck in one ideological framework.

One good thing to note about this strategy, of trying to find the truth in politics, is that there are several others who are following the same path and are supportive of what you do. Unless we all have radically different preferences (which, for humans, I doubt), it seems almost certain that we will find a workable political solution in the end - that is the political equilibrium when everyone knows the arguments of everyone else.

Next: Choose That Which is Most Important to You

Note
Last summer I was trying to create a road map on how to reason about politics - a tutorial on how to create a political ideology. I was then considering whether or not I should include any approach on how to get information about politics. I settled on not including that discussion, but now I believe that this might be the most important part.
Upplagd av Carl Jakobsson kl. 15:05